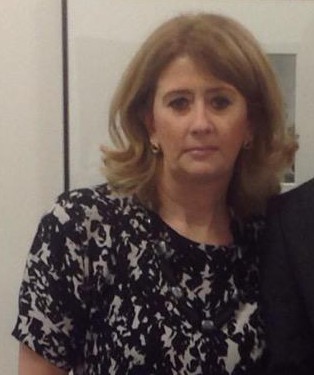 Normally our July and August monthly meetings can be a little quieter than normal, due to various people taking holidays, I was completely taken aback, when last month, we had our biggest meeting ever. We had 20 people attend!

The fact that we are continuing to reach more people is thanks to Barbara Franzoni, who set us up with a website, Facebook page and a Twitter account. Also Barbara conceived the idea of our weekly, live # hashtag chat called #AbleHour (Thursday’s 8-9pm).

At our last meeting we again discussed the fact our name is misleading and we should use something, which is more appropriate and gives an idea as to what our group actually does.  It was decided, at this meeting, to run a poll on social media and vote for a list of the names we had brain stormed. Barbara set about doing this. The new name will be announced at our next meeting.

Also discussed were the recent Access Audits of Castleknock and Mulhuddart. Barbara Franzoni accompanied the Mulhuddart Audit and took video footage of the problems that she then compiled and uploaded to our new YouTube channel – this told a much better story and was far more effective than the normal audits with just photos. These Audits are to be passed on to Fingal County Council by Cllr Lorna Nolan.

One of our new members, Oran, who is visually impaired spoke about being unable to cross the road near his home in Waterville, due to inadequate markings etc. Cllr Nolan is to bring this matter up with Fingal immediately.

EuroSpar in Hartstown and it’s completely inadequate surfacing continued to be an issue. There is also a dishing issue in Spar, Castleknock. @SparIre have been tweeted and we await a meeting.

I gave a brief outline of our financial position and will give a more detailed one at a later date.

Cllr Nolan gave her usual monthly report on what is going in the area and the actions of Fingal Co Co.

We’re also delighted to be welcoming Fiona from NCBI to observe our meeting.

Christmas Outing 2016 – Save the Date

It was decided that our Christmas outing was to be on 13th December 2016 in The Crowne Plaza Hotel, Blanchardstown.

Our next meeting is on 29 September next. Anybody who feels like dropping into the meeting room of the library from 2-4pm is most welcome.